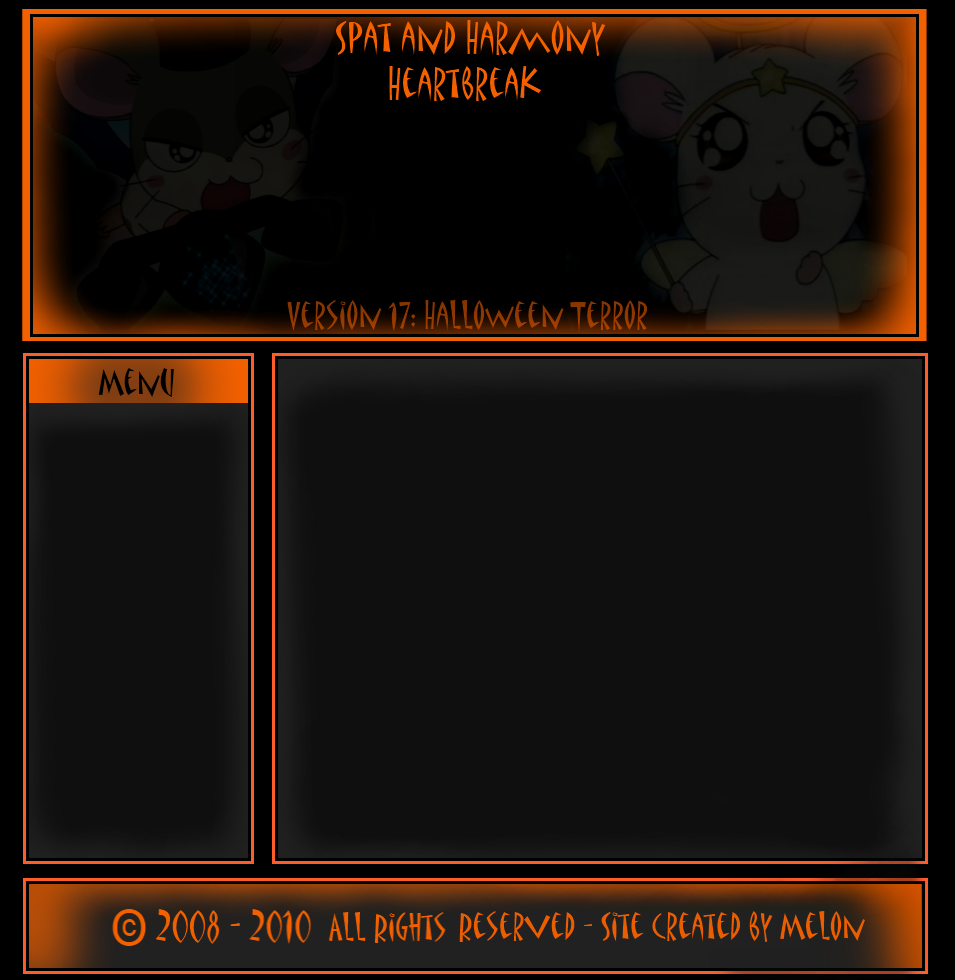 SHHB's first ever Halloween layout! This layout was very different to the other layouts since this one used two scroll bars. One for the navigation and one for the content. I loved how it turned out! (even though I'm mostly glad how a future layout looks XD) This layout is also the very first black colored layout since Halloween colors are orange and black. And also the very first one image layout. I also added a few new features: Two headers and block styles for most of the links.

Note that the chat box is only an image since I'm going to change the color to match the next layout anyways. The image was taken when the SHHB went on hiatus for it's 18th layout on November 28, 2010 which started on the 26th. Also note that I took out the page links since this is a layout from the past except for the chat box rules and affiliates. Those would be the only links that are going to work.